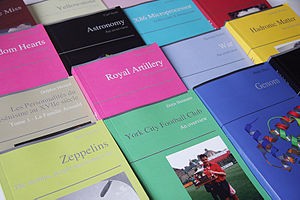 There’s been some discussion lately on the net about vocabulary acquisition and test score gains through free voluntary reading, with some questioning whether it’s possible to get enough reps (12 is the number sometimes cited) in reading of this kind to support acquisition.

I’m not sure that the number-of-reps thing holds steady when one is doing reading-for-acquisition assuming that the basic structure is already acquired. I’ve observed that the more advanced the student, the fewer reps seem to be needed on any particular *word* (structure, not so much, though because the number of reps needed for the non-specific matching needed for structural acquisition is so much higher than for vocab, it’s not really counted efficiently in either case.)

In my experience expanding vocabulary on the foundation of acquired structure, it’s possible to use a word orally on the basis of having seen it in writing. I don’t have any numbers on how many times one would have had to see it in writing to do this (and I’m assuming a phonetically transparent writing system, Pinyin support for Chinese, or some sort of lookup that provides the sound if necessary).
I do know that as an interpreter, I can “force-memorize” a list of, say, 100 terms in the evening, and use them actively the next day in a conference. Now, that’s based on a lot of existing language (and it has gotten progressively easier as my language has grown over the years) but clearly (based on this micro-sample of one) connections to existing language and structure greatly facilitate the task of “getting” vocabulary.
Looking at a specific task like the TOEIC or a conference event as the outcome of reading input might be looking at some intermediary type of “memo-acquisition” where there is time to stop and think (more so on the TOEIC than in the interpreting booth, but still) before applying some of those new words. There is some recall effort going on with those words in both cases, I would bet; in my conference interpreting example, only the words that end up being used numerous times in the conference stick enough to be produced without thought — though a few of the others usually do as well, for no clear reason I can figure out. (Those might be due to the logic of the word formation or something — again, linking to words acquired previously.)
Is acquisition not always the same sort of acquisition? Does its nature or requirements change as the foundation of acquired structure expands?

Click for more (but not too much!) CI Goodness Straight to your Inbox